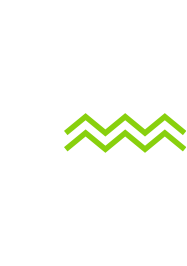 WELCOME TO THE PROJECT

“Raising awareness among professional groups of creators, artists, producers, managers and the employees of record companies in terms of the distribution of digital music and the use of its promotional and sales potential (including exports outside the EU)”.

It is pioneering research and educational project designed to support the entire European music industry in the most advanced markets. Its main objective is to increase knowledge of digital music distribution and create unique educational tools to help achieve better promotional and financial results. The project is implemented within the framework of Erasmus+ programme and Independent Digital as the project leader (Poland) and partners from France, Germany, Luxembourg and the United Kingdom actively participate in it, namely Association Glukoz, Nagel-Heyer Records, HV.com International and The University of Westminster.

STAGE I – RESEARCH or how we gain market knowledge

The data sources for the analyses consist of qualitative and quantitative studies carried out in four countries, among representatives of five professional groups – creators, artists, producers, managers and the employees of record companies.

The qualitative research, carried out in Warsaw, London, Berlin and Paris, will include at least one hundred meetings, during which anonymous in-depth interviews will be conducted with representatives of all five professional groups.

The results of the research will be included in a report describing the level of knowledge of the European industry about digital music distribution.

STAGE II – CREATION – the way to the goal

The research will result in clearly and precisely defined areas that need improvement. We will create a solid base to enter the theoretical and practical educational phase. At this stage, a pioneering compendium of knowledge entitled “The guide to digital music distribution” will be created together with and  the e-learning platform – a unique tool for knowledge dissemination.

All content will be fully adapted to both the level of sophistication (four levels) and users’ areas of activity (5 defined professional groups in the music market).

We want the effects of our work to reach the broadest possible range of people associated with the industry and to have a real impact on improving competence and increasing the chances of effective operation on the digital distribution market. The presentation and dissemination of the effects of the project constitute the last stage of activities. Together with the partners, we will organize and conduct five conferences dedicated to five groups of employees from the music market – two will be held in Paris, one in Warsaw, Berlin and London. Educational materials will be promoted in European media as well as at fairs, and accessible via the project website.

The University of Westminster – Great Britain – specialisation: the British market

Located in the heart of London, a university with a nearly two hundred year tradition, educating about nineteen thousand students. On the behalf of the university, the project is supported by Sally-Anne Gross, who for thirty years has been associated with the music market as a practitioner and lecturer, teaching courses, among other things, on management, artists’ development, as well as copyright and intellectual property. Her research activities focus on issues such as the mental health of managers and artists and gender equality and have a significant impact on management across the music industry.

The main goal of this young organisation, established in 2016, is to promote and spread culture centred around electronic music. The association deals, among others, with booking, music production and the promotion of DJs. The activity of Glucoz covers the whole of France, with the central regions and the Loire Valley as a place to organise concerts and events under the name of “Glukoz Open Air”.

The company based in Luxembourg was established in 2000, and it mainly deals nowadays with synchronisation of music with visual content such as films, games, websites and TV programmes. The company’s roots are production and publishing activities, which is continued by HV.com until today. The company is a member of the music organisation SACEM in Luxembourg.

German jazz record label based in Hamburg was established on 26 September 1992, on George Gershwin’s birthday, and its mission is to release and promote contemporary and mainstream jazz. It has already gained great recognition thanks to its first production – a live session from the concert with Gershwin’s music which was attended by, among others: George Masso, Randy Sandke, Kenny Devern, or Danny Moss. The label’s launched over 200 jazz releases.

Agency 360, whose activity is centred around promoting all manifestations of hip hop culture. Its watchwords are innovation, creativity and courage, thanks to which the projects are unique and perfectly suited to the style of hip hop culture. The agency’s offer includes, among others: artistic management, project management, content creation, digital communication and marketing.

The highest level of substantive quality of all works on the project is supervised by dr hab. Patryk Gałuszka, professor at the Faculty of Economics and Sociology of the University of Łódź – the analyst of creative sectors.